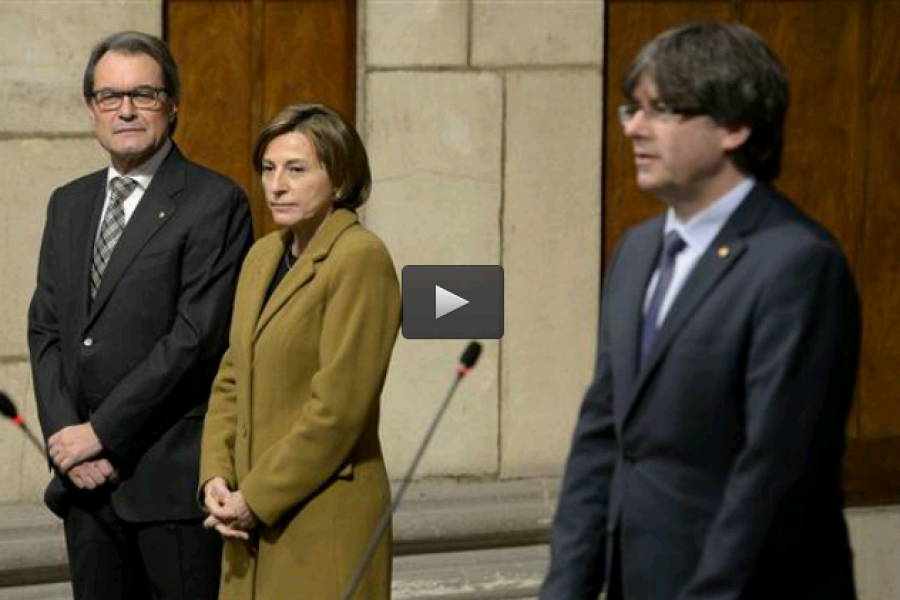 President of the Catalan Parliament, Carme Forcadell, this week received a draft of the first Constitution for an independent state.

The document was drawn up by a group of legal and economic experts. It proposes a presidential system of government. The draft proclaims Catalan as the official language and recognizes a special status for Spanish.